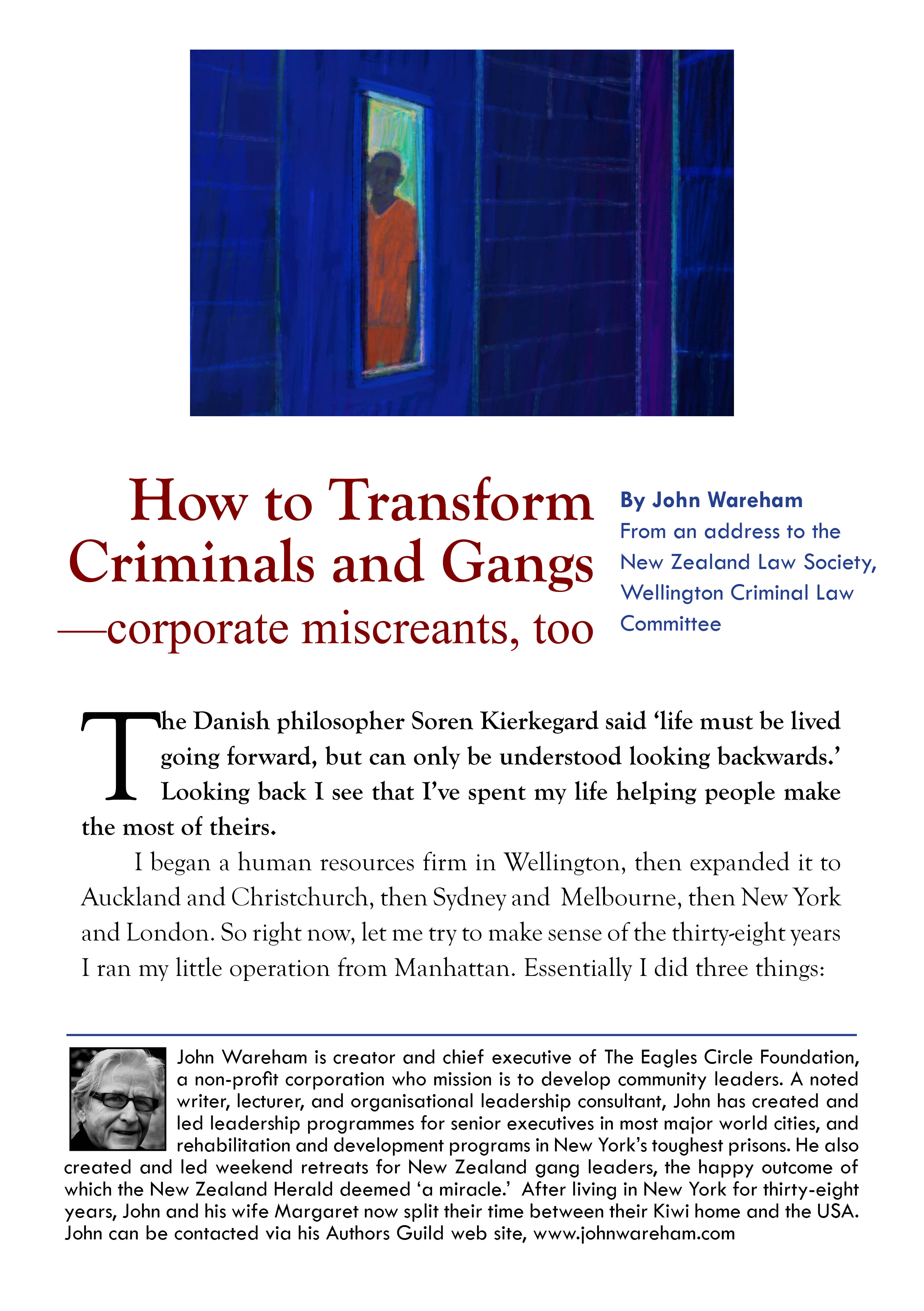 To open pdf detailing the events and process that lead to apparent miracles, click here. No Fee and No Email required

Looking at the sea of coloured faces in New Zealand prisons, you might be excused for thinking that complexion causes crime. I faced a similar scene at New York's infamous Rikers Island Correctional facility when I arrived to teach my first inmate class:

In fact, I stayed for twenty years, and we reduced the Eagles graduate recidivism rate to single digits.

Hearing of our success, Black Power life-member Denis O'Reilly invited me to create a weekend retreat for the Black Power and Mongrel Mobs, and fly to New Zealand to run it. At twilight on a Friday night, on condition that there'd be no police presence, thirty gang members arrived at a lonely, backwoods convention centre. Some found the first session, uh, well, terrifying. But then word got out that great things were happening. By Sunday more than a hundred gang members packed the hall. At the closeout, the Black Power and Mongrel Mob formed two concentric circles. Then each and every one of those gang leaders embraced and hongied as spiritual brothers. The New Zealand Herald proclaimed that happy outcome 'a miracle.' In fact, the so-called miracle was merely the last step in a process. If you'd like to read more about that process and what went down that weekend click here now.

Rikers taught me, and Kiwi gangs confirmed, that what you see in a prison class—be it white, or black or any shade in between—

Applying those hard-won lessons we created a secular program based on modern psychology, and the crucial concept that--whether in prison or out of it--every human is an equal 'citizen of the world' and entitled to equal justice under the law.

How to Transform Criminals, Gangs, and Corporate Miscreants (2.05 MB)

How to Win the War On Gangs

At a meeting in Mongrel Mob Kingdom headquarters, Eagles chair John Wareham urged gang leaders to disregard 'race-based' labels, and accept the simple fact that first and foremost they are as global citizens.

"Whether we know it or not, or like it or not, we are all members of the same tribe. Above all else, we are all homo sapiens and as such all equal global citizens. Our cultural inheritance, often miscalled 'race', comes second."

"This concept, global citizenship, is the heart and soul of 'cosmopolitanism', said Wareham, acknowledging the term coined by renowned, Ghanaian raised, Cambridge educated, Princeton professor Anthony Appiah. "And, the truth that we are part of one global tribe is firmly based in recent research showing that humans all share the same genetic makeup."

In the course of his talk Wareham also:

"Armed with a new perspective on the syndrome of serial incarceration, upon release Eagles graduate sidestepped social quicksands and went on to become productive citizens. To be fair, cosmopolitanism has also currently swept most of the free world. New Zealand is in catch-up mode," he said, "but as officialdom becomes wiser, race-based labels will become an entirely unacceptable relic of past colonial history." 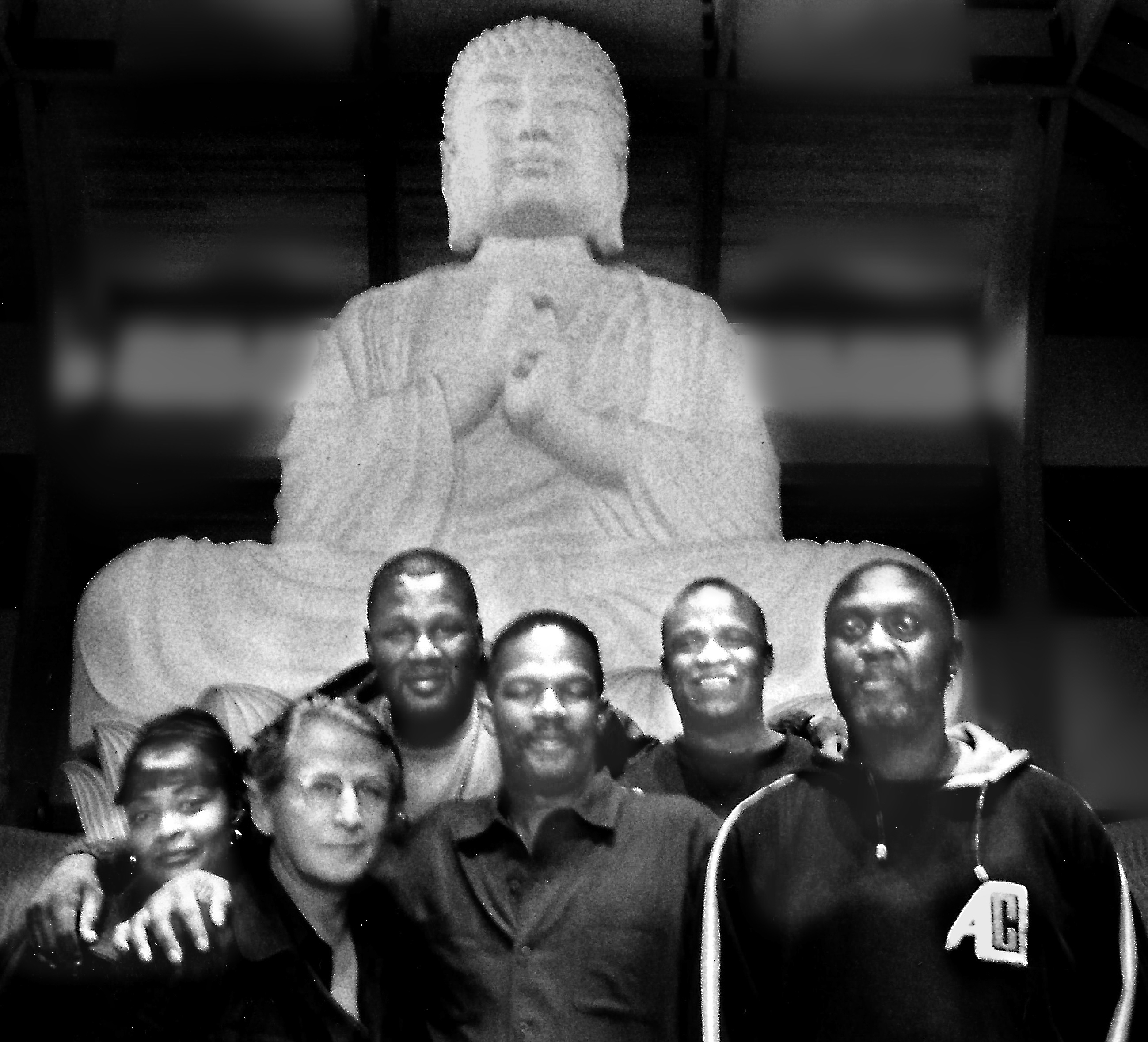 How to arrest the syndrome that kills them, transcend racism, and reduce crime

From a presentation to Criminal Law Society, by John Wareham

That's me, second from the left in the photo. The friends around me are former inmate graduates of the Eagles development class that I created and shared with denizens of New York's Rikers Island Correctional Facility. The snap was taken at a weekend refresher retreat after they got out of Rikers. I keep a blow-up of it on my office wall. Whenever I look at it, I remind myself that:-

The Eagles Foundation is strictly secular, but the famed Buddhist monastery was close by, so it seemed well worth a visit. More so than I imagined. Three lessons became burned into my brain:-

For prisoner development programs, issues of racism and institutional bias are hot topics best left to smoulder. But no matter: during our sessions on Rikers Island, we dived into that red-hot heat. The outcome astonished officialdom. To know exactly what went down, let's click to the link and go to the videotape ... How to Transcend Racism:  John Wareham Master Class 8-minute YouTube Video 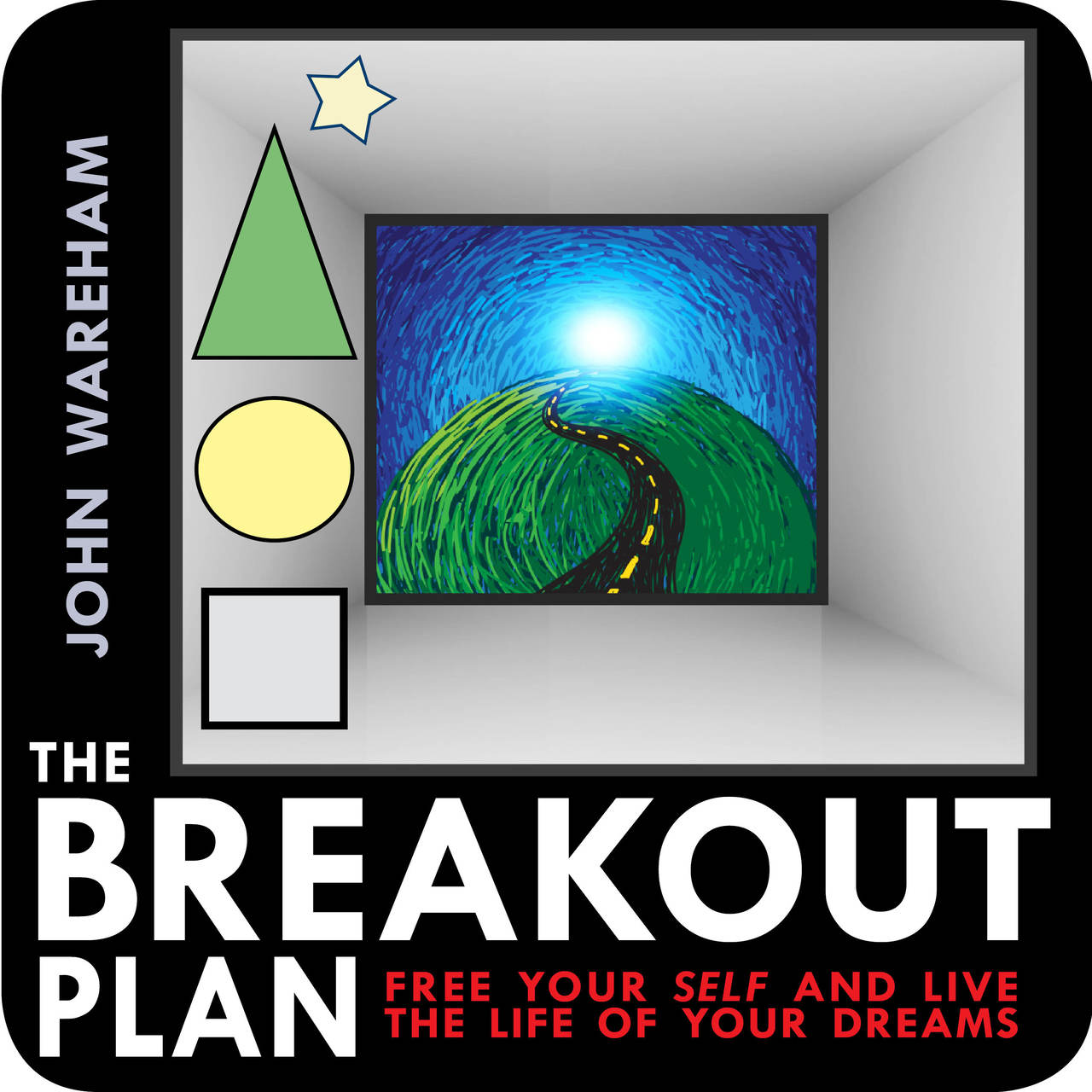 In The Breakout Plan podcast series, host John Wareham and a team of graduates of his maximum security prison classes share a unique, street-smart insights into why we get trapped in the 'wrong life', then a 'proven, practical, doable, achieveable formula for creating the life we truly want.'

"If ever there was a master key to the mental penitentiary, this is it. Wareham shares a riveting journey into the heart and soul, and presents a profound and creative thesis for transforming a specious sense of personal autonomy into a pure sense of freedom."—Jess D. Maghan, professor emeritus of criminal justice, University of Illinois at Chicago, former director of training New York City Police and Corrections Departments
Go to The Breakout Plan Podcast Series; Click Here Now

THE PRESIDENT'S THERAPIST
and the secret intervention to treat the alcoholism of George W. Bush.