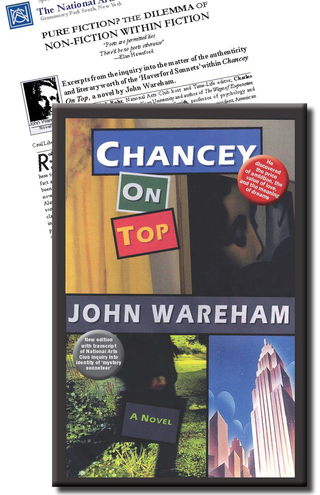 Get Chancey On Top  at Amazon now

By way of offering full transparency, a new edition of John Wareham's metafictional novel Chancey on Top appends an allegation of 'literary malfeasance.' The accusation appears in an appended transcript of a formal New York National Arts Club Inquiry into the dilemma of non-fiction within fiction.

Wareham's accuser, Professor Emeritus Brian Sutton-Smith of Penn University, argued that five sonnets vital to the story were not written by Wareham, but were the work of an unidentified 'brilliant sensitive British aristocrat lass'. He also criticized a scene involving a sexual liaison between a protagonist and the late Princess Diana.

Professor Sutton-Smith was one of a three-person panel conducting the inquiry into Wareham's novel. Other panellists were Nadine Strossen, chief executive of the American Civil Liberties Union, who hailed the novel as 'brilliant and compelling'; and Charles DeFanti, Kean University professor of literature, who said the work was 'a superb example of Wareham's realist cinematic writing style'.

Asked to comment on the new edition, author John Wareham said, "I can't think of a higher compliment than for a critic of Professor Sutton-Smith's stature to believe that sonnets I created were actually penned by a sensitive British aristocrat. So I'm delighted to have this NAC Inquiry appended to my work, it's a perfect fit." 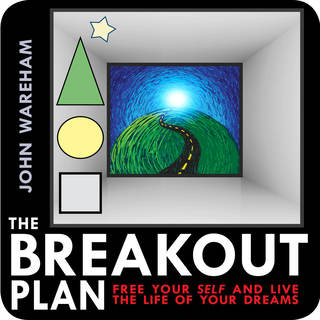 'Zap Your Inner Demons and Create a Whole New Life'

In The Breakout Plan podcasts, John and a team of graduates of his maximum security prison classes share a unique, street-smart insights into why we get trapped in the 'wrong life', then a 'proven, practical, doable, achieveable formula for creating the life we truly want.' 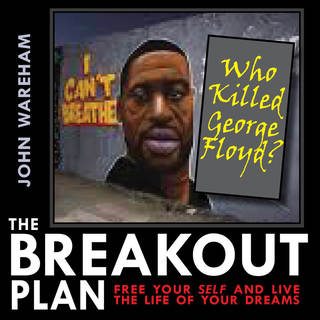 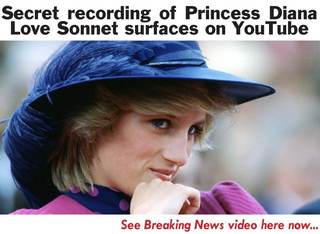 The Lady Diana Love Sonnet was distilled by John Wareham from her infamous CNN interview with Martin Bashir. The poem has been widely acclaimed. Lady Diana herself may have recorded a version of it, as a video has now surfaced on the internet. The poem was included in John Wareham's bestselling anthology, Sonnets for Sinners (everything one needs to know about illicit love): click here now to view or purchase it at Amazon.com

A WICKED EVENING OF ILLICIT LOVE ENDS WITH A BANG
Review by Lorraine Steele, Flatiron Press 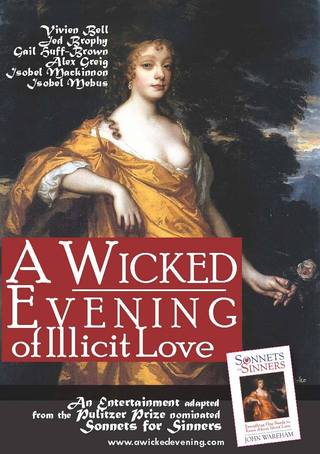 'A Wicked Evening of Illicit Love', the stage adaptation of John Wareham's anthology of 'Sonnets for Sinners', closed with a bang not a whimper.

Top actors delivering sonnets from classic and modern poets, and contemporary celebrities, drew gasps, sighs and outright hilarity, as the production made good on its promise of 'a night of love, laughter and enlightenment'. Passion, poetry and epiphany indeed played out as a literary voyage chronicled sinners' journeys from attraction and fever, to heartbreak, understanding and transformation.

Their public utterances having been artfully distilled into sonnets by playwright John Wareham, a galaxy of contemporary celebrity sinners came to life on stage and to engage with the likes of William Shakespeare and Edna St. Vincent Millay.
Warm applause again punctuated the #metoo line within a Monica Lewinsky sonnet, splendidly delivered by Gail Huff-Brown, wife of American Ambassor Scott Brown.

Enlightenment came in a cluster of memorable closings, with the poignant 'Princess Diana Love Sonnet', and 'In my dream inner spring came rising' by Elan Haverford.
The audience included chief of the Shakespeare Globe Centre Dawn Sanders, eminent playwright Dave Armstrong, and noted Kiwi actor Nick Blake who flew in from Bangkok to catch the show.